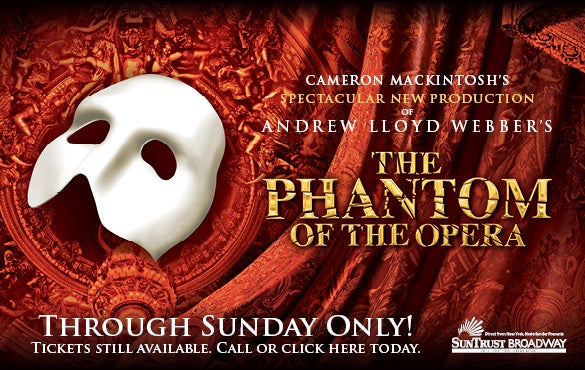 The Phantom of the Opera

Following an acclaimed sold-out tour of the United Kingdom, Cameron Mackintosh’s spectacular new production of Andrew Lloyd Webber’s phenomenal musical success, THE PHANTOM OF THE OPERA, will come to DPAC as part of a brand new North American Tour. Hailed by critics as “bigger and better than ever before,” this production boasts many exciting special effects including the show’s legendary chandelier, new scenic and lighting designs, new staging and choreography. The beloved story and thrilling score will be performed by a cast and orchestra of 52, making this PHANTOM one of the largest productions now on tour.

Kids at DPAC: All guests require a ticket, regardless of age. Children under the age of 6 will not be admitted to the theater. Children must be able to sit quietly in their own seat without disturbing other guests. As a further courtesy to our guests, DPAC recommends one parent or chaperone for every one child in attendance.