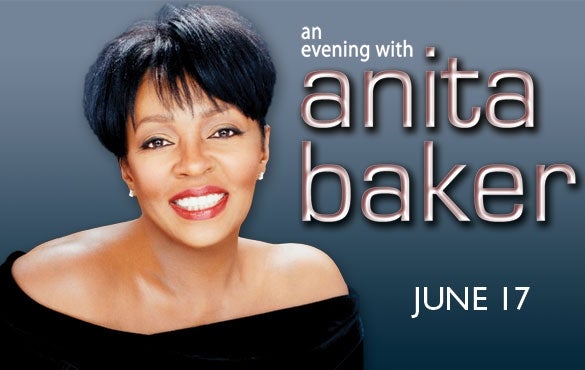 Friends of DPAC members may place their orders on Wednesday, March 21. Joining the Friends of DPAC is free, and you can register at www.DPACnc.com/friendofdpac.

“DPAC was made for an artist like Anita Baker. We're so proud to have been chosen to host her first ever theater appearance in the Triangle. There is no better setting than DPAC, with our great sightlines and state of the art sound, I think this could be one those concerts that only comes once in a lifetime,” said Bob Klaus, GM of DPAC.

Anita Baker is an eight-time Grammy® Award-winning, multi-platinum R&B, soul and urban adult contemporary singer/songwriter. Renowned for her soaring alto vocal range, Baker launched her career in 1986 with "Rapture" which won her two Grammy® Awards. She recorded a number of hit singles, including that album's title track and "Sweet Love". She is ranked among VH1's 100 Greatest Women in Rock 'n' Roll. Her newest album, 21st Century Love, is scheduled for release in 2012.