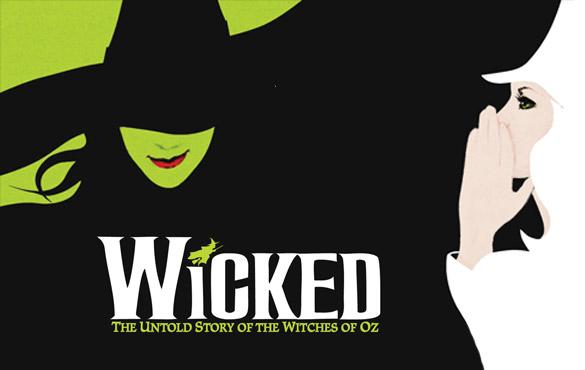 Durham, N.C. – After breaking box office records and selling out in record time in 2010, WICKED, Broadway’s biggest blockbuster, has returned to Durham, opening tonight and onstage through May 27.

Also beginning tonight, the company of the second North American tour of WICKED welcomes Christine Dwyer as Elphaba and Billy Harrigan Tighe as Fiyero. Dwyer returns to WICKED after touring as the understudy and standby for Elphaba on this tour for two years. Tighe is returning to WICKED after previously understudying Fiyero, and coming straight from the First National tour of La Cage Aux Folles as Jean-Michel and is thrilled to be back in Oz.

With music and lyrics by Stephen Schwartz (Godspell, Pippin, Academy Award®-winner for Pocahontas and The Prince of Egypt) and book by Winnie Holzman (“My So Called Life,” “Once And Again” and “thirtysomething”), WICKED, the untold story of the witches of Oz, is directed by two-time Tony® Award winner Joe Mantello (Take Me Out, Love! Valour! Compassion!, The Vagina Monologues) and features musical staging by Tony® Award winner Wayne Cilento (Aida, The Who’s Tommy, How To Succeed…).

Based on the best-selling 1995 novel by Gregory Maguire, WICKED, winner of 35 major awards, including a Grammy® and three Tony® Awards, is the untold story of the witches of Oz. It is produced by Marc Platt, Universal Pictures, The Araca Group, Jon B. Platt and David Stone.


“I’m ecstatic that we have secured a return of WICKED for DPAC. It was a thrill to have so much excitement at DPAC during its first sold out 4 weeks in 2010 and the return is sure to only bring even more,” said Durham Performing Arts Center GM, Bob Klaus. “WICKED is a live entertainment experience like no other!”

Long before Dorothy drops in, two other girls meet in the Land of Oz. One – born with emerald-green skin – is smart, fiery and misunderstood. The other is beautiful, ambitious and very popular. WICKED tells the story of their remarkable odyssey, and how these two unlikely friends grow to become the Wicked Witch of the West and Glinda the Good.