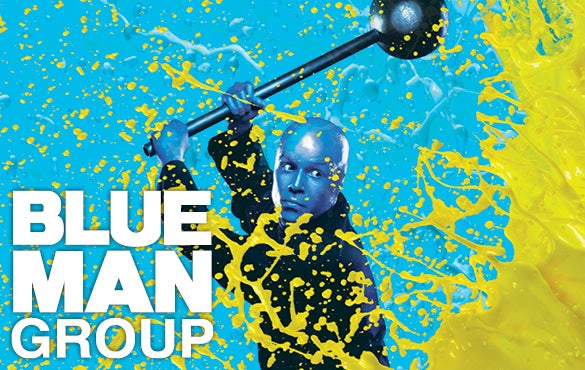 Friends of DPAC members may place their orders for the Thursday show on August 8. Fans can join Friends of DPAC for free, and can register at http://www.dpacnc.com/fod.

The new sound, set, and video design centering around a proscenium-sized LED curtain and high-resolution screen create an entirely new, high-impact visual experience for Broadway houses across the nation.

Blue Man Group creates experiences that defy categorization. Blue Man Group is best known for multi-media performances that feature three bald and blue characters who take the audience on a journey that is funny, intelligent and visually stunning. A live band, whose haunting tribal rhythms help drive the show to its climax, accompanies the Blue Men.
“Our theatrical productions take a humorous look at what we like to call 2.5-D space,” says Blue Man Group Co-Founder Philip Stanton. “An example of what we mean by this would be emailing or texting the person in the next office rather than walking over to talk to them face-to-face.”
“We say that no matter how high-tech things get, there’s still something human there. We’ll always need others, always need to collaborate. People still need to come together and look each other in the eye. Through the Blue Man’s connection with the audience, we hope to encourage this human-to-human interaction, while helping people reconnect with their own sense of wonder and discovery, with their own sense of what is possible in their lives.”