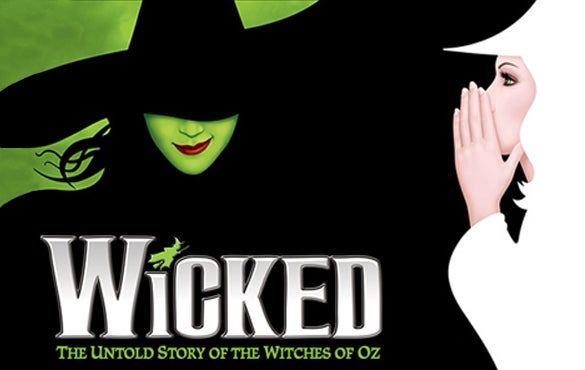 Broadway's Biggest Blockbuster to Fly Back to DPAC January 7-25, 2015

INDIVIDUAL TICKETS ON SALE SATURDAY, OCTOBER 4 AT 10AM


Durham, N.C. – After breaking box office records and selling out in record time in 2010 and 2012, WICKED, Broadway’s biggest blockbuster, will return to the Triangle at DPAC, January 7-25, 2015.   Tickets for the return engagement go on sale Saturday, October 4 at 10a.m.

With music and lyrics by Stephen Schwartz (Pippin, Godspell, Academy Award®-winner for Pocahontas and The Prince of Egypt) and book by Winnie Holzman (“My So Called Life,” “Once And Again” and “thirtysomething”), WICKED, the untold story of the witches of Oz, is directed by two-time Tony® Award winner Joe Mantello (Take Me Out, Love! Valour! Compassion!, The Vagina Monologues) and features musical staging by Tony® Award winner Wayne Cilento (Aida, The Who’s Tommy, How To Succeed…).

Based on the best-selling 1995 novel by Gregory Maguire, WICKED, winner of over 50 major awards, including a Grammy® and three Tony® Awards, is the untold story of the witches of Oz.  It is produced by Marc Platt, Universal Pictures, The Araca Group, Jon B. Platt and David Stone.

WICKED will run the following performance schedule at DPAC:


“DPAC is honored to welcome back Wicked to DPAC. With 64 previous sellouts, we know that Triangle audiences cannot wait to see this show again,” notes Bob Klaus, DPAC General Manager. “Based on guest feedback from the 2010 and 2012 engagements, this is the very best Broadway show we have ever hosted and DPAC is the perfect setting for this one-of-a-kind blockbuster. With world-class sound, great seating and views of the stage, plus our famous Red-Carpet Customer Service, DPAC stands ready to host the 65,000 guests that will come to Durham to see this hit show.”

Long before Dorothy drops in, two other girls meet in the Land of Oz.  One – born with emerald-green skin – is smart, fiery and misunderstood.  The other is beautiful, ambitious and very popular.  WICKED tells the story of their remarkable odyssey, and how these two unlikely friends grow to become the Wicked Witch of the West and Glinda the Good.

WICKED has been declared “A Cultural Phenomenon” by Variety and “The Best Musical of the Decade” by Entertainment Weekly.  WICKED currently has nine productions around the world, in New York, London, Japan, Australasian Tour, South Korea, Latin America, a U.K. Tour, and two concurrent North American National Tours.  Since its New York premiere a decade ago, WICKED has grossed over $3.4 billion worldwide and has been seen by over 42 million across the globe.  WICKED has been performed in over 100 cities in 13 countries around the world (U.S., Canada, England, Ireland, Japan, Germany, Holland, Australia, New Zealand, Singapore, South Korea, The Philippines, and Mexico) and has thus far been translated into five languages: Japanese, German, Dutch, Spanish, and Korean.

*As a note to all calendar listing editors, the title of the show is WICKED (not WICKED: A New Musical or WICKED, the untold story of the witches of Oz).

About DPAC
With a mission of presenting one-of a-kind live entertainment events, DPAC truly has “something for everyone”, hosting over 180 performances a year including spectacular touring Broadway productions, high-profile concert and comedy events, family shows and the heralded American Dance Festival. Owned by the City of Durham and operated under the direction of Nederlander and Professional Facilities Management (PFM), DPAC has been listed three consecutive years as the #1 performing arts organization in the region by the Triangle Business Journal.
For more information please go to www.DPACnc.com.