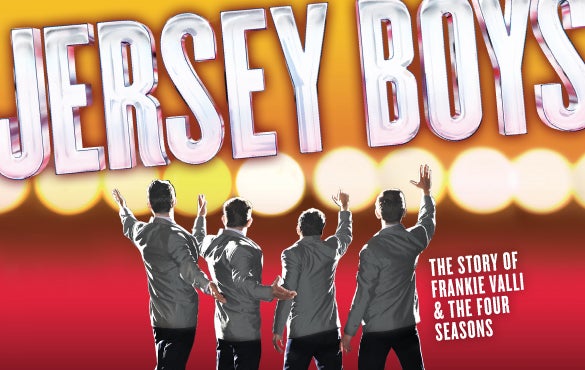 Dates have been announced for the Triangle return engagement of the Tony, Grammy and Olivier Award-winning hit musical JERSEY BOYS, the story of Frankie Valli and The Four Seasons. The musical will make its much-anticipated return to the Triangle to play DPAC on April 7 through April 12, 2015.

Tickets will go on sale to the public on September 20 at 10 a.m. Groups of 10 or more may begin purchasing tickets on June 13, and may do so by e-mailing [email protected] or calling 919.281.0587. SunTrust Broadway Season Seat Members will be able to add tickets to their season packages starting June 12.

JERSEY BOYS is the winner of the 2006 Best Musical Tony Award®, the 2006 Grammy Award® for Best Musical Show Album, the 2009 Olivier Award for Best New Musical and the 2010 Helpmann Award for Best Musical (Australia). The premiere engagement of JERSEY BOYS at DPAC was an overwhelming success, seen by over 50,000 theatergoers, was one of DPAC’s top five attended Broadway shows and hailed as “four men on stage whose stars shine…with an inherent charisma” by the The Herald-Sun, “an amazing phenomenon…the audience goes crazy” by BroadwayWorld.com, amongst rave fan reviews. JERSEY BOYS worldwide has been seen by over 20 million people (as of March, 2014).

JERSEY BOYS is part of the series presented in at DPAC by  The Nederlander Organization.

Catch a sneak peek of Jersey Boys! Log on to www.JerseyBoysTour.com/watch.

JERSEY BOYS is the story of Frankie Valli and The Four Seasons: Frankie Valli, Bob Gaudio, Tommy DeVito and Nick Massi.  This is the story of how a group of blue-collar boys from the wrong side of the tracks became one of the biggest American pop music sensations of all time. They wrote their own songs, invented their own sounds and sold 175 million records worldwide - all before they were thirty. The show features all their hits including “Sherry,” “Big Girls Don’t Cry,” “Oh What A Night,” “Walk Like A Man,” “Can’t Take My Eyes Off You” and “Working My Way Back To You.”

For more information on JERSEY BOYS, go to www.JerseyBoysTour.com or www.DPACnc.com.