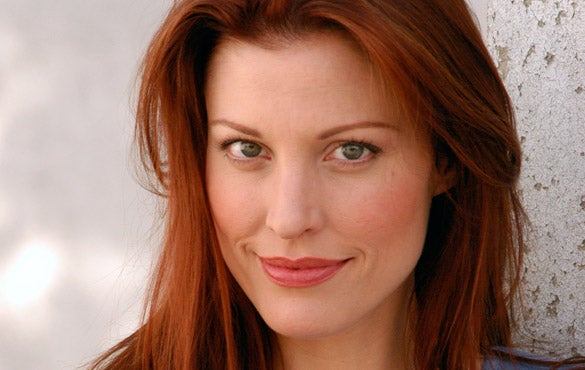 Roundabout Theatre Company (Todd Haimes, Artistic Director) is thrilled to announce critically acclaimed Broadway actress Rachel York will star as “Reno Sweeney” in the national tour of the 2011 Tony® Award winning ANYTHING GOES. Presented by Roundabout Theatre Company, the national tour will set sail in Cleveland this fall. ANYTHING GOES is the winner of three Tony® Awards including Best Musical Revival.

Following its opening at Cleveland’s PlayhouseSquare in October 2012, Roundabout Theatre Company’s ANYTHING GOES will cruise into more than 25 other cities during the 2012/2013 season including Los Angeles, Tampa, Durham, Pittsburgh, St. Paul, Washington D.C., Costa Mesa and San Francisco. Additional cities and casting will be announced in the coming months. For more information, please visit www.anythinggoesthemusical.com.

“I have always been a great fan of ANYTHING GOES. It's wonderful fun and perfectly constructed,” said Ms. York. “I'm really looking forward to playing Reno Sweeney in this fabulous production by Kathleen Marshall and to share some of my favorite Cole Porter classics with the country.”

“Our priority with the national tour of ANYTHING GOES is to maintain the quality we currently have with the Broadway production,” said Todd Haimes, Artistic Director of the Roundabout Theatre Company. “The role of ‘Reno’ must be played by a triple threat actress who can act, sing and dance. We are so happy to have Rachel York lead the company. Rachel will mesmerize audiences across the country with her outstanding performance.”

On tour, Ms. York has created the role of Cruella de Vil in The 101 Dalmatians Musical; starred as Guenevere in Camelot (Carbonell Award) and portrayed Lilli Vanessi/Kate in Kiss Me, Kate (US and West End). Favorite regional productions include The King and I; The Game (a musical adaptation of Les Liaisons Dangereuses); Turn of the Century (Goodman Theatre, Chicago); Anything Goes (Los Angeles, Ovation nomination); Hello, Dolly! (Boston, IRNE Award); Into the Woods (Boston, IRNE Award); Spamalot; My One and Only; Ragtime; Evita; Summer of ’42; Summer and Smoke; Crucifer of Blood; and The Odd Couple with Jason Alexander and Martin Short.

Ms. York’s debut solo album, Let’s Fall in Love, has been an enormous success and can be heard on the soundtrack of Billy Bathgate, the live in concert recording of Broadway Showstoppers: Best of the Tonys with Peter Nero and the Philly Pops, and the original cast recordings of City of Angels, Putting It Together, Victor/Victoria, The Scarlet Pimpernel Encore, Dessa Rose, and Summer of ’42. For more information, please visit her on the web at www.rachelyork.net.

Winner of three 2011 Tony® Awards including Best Revival of a Musical and Choreography, Roundabout Theatre Company’s ANYTHING GOES continues on Broadway with Stephanie J. Block and Joel Grey at the Stephen Sondheim Theatre.

This 1934 musical comedy about the lovers, liars and clowns on a transatlantic cruise is “a daffy, shipshape romp!” - Variety. When the S.S. American heads out to sea, etiquette and convention head out the portholes as two unlikely pairs set off on the course to true love… proving that sometimes destiny needs a little help from a crew of singing sailors, an exotic disguise and some good old-fashioned blackmail.

The New Broadway Cast Recording of Roundabout Theatre Company’s ANYTHING GOES, nominated for a 2011 Grammy Award for Best Musical Theatre Album, is available on Ghostlight Records.