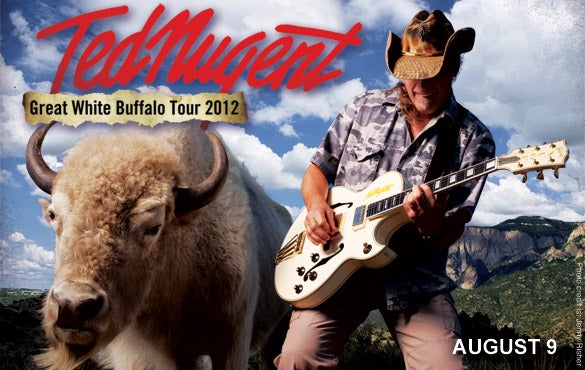 Tickets go on sale to the public beginning May 18 at 10am:

"It was about a year ago when we first saw that Ted Nugent was starting to play some special theater shows. We jumped at the chance to land this arena act for one of these rare appearances in an intimate venue like DPAC. We think this will be one of hard rocks best nights ever in what we know is the region's best venue for live music," said Bob Klaus, GM for DPAC.

The incomparable guitar genius & fire-breathing intensity of Ted Nugent have carved him a permanent place among the legends of rock. Hailing from Detroit, the guitarist's prodigious talents, ear-shattering volume and over-the-top onstage antics quickly earned Young Ted the moniker of "Motor City Madman," along with international acclaim.

The sounds he wrings from his almighty Gibson Byrdland leave audiences gasping for breath and begging for more. To millions of guitar lovers everywhere, Ted Nugent is rock and roll.