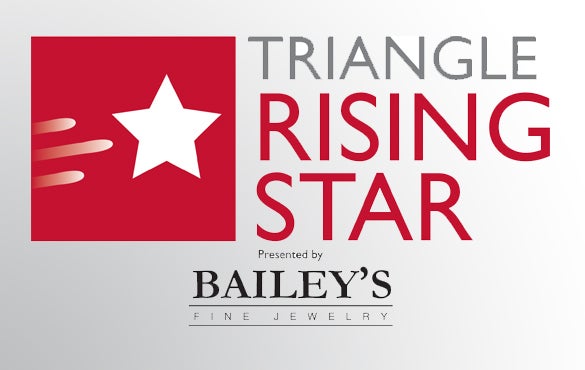 Along with Theatre in the Park, Playmakers Repertory Company and ABC 11, DPAC is thrilled to announce the culmination of this year’s Triangle Rising Star program on June 2 at 6:30 p.m. Presented by Bailey’s Fine Jewelry, the Triangle Rising Star Awards (TRS) is a program that brings together area high school musical theater students to perform together and compete against one another for educational scholarships.

WHO: 20 students from area high schools will perform at the Triangle Rising Star Awards, hosted by ABC 11’s Elaina Athans

“DPAC is pleased to recognize such amazing local talent from such wide regions of the Triangle at the upcoming Triangle Rising Star Awards. It is an amazing educational opportunity for a chance to experience performing on the DPAC stage as well as the opportunity to be a part of our very own Nederlander program in New York City the Jimmy Awards™,” stated Rachel Gragg, Senior Director of Marketing at DPAC.

The Triangle Rising Star Awards is a member of The National High School Musical Theater Awards (NHSMTA), a national program that unites high school musical theater awards programs from across the country under one roof. The two student winners will be provided with $1,000 academic scholarships along with an invitation to represent TRS in an all-expense paid trip to the National High School Musical Theater Awards in New York City for one week, June 25 – July 2, 2013. After a week of coaching, auditions and rehearsals, the students have a final performance “on Broadway.”

“Theatre in the Park is proud to once again partner with DPAC as part of the Triangle Rising Star program,” said Brent Simpson, Marketing Director of Theatre in the Park. “We have seen a ton of talent in the Triangle this year and I am glad that they have the opportunity to showcase their gifts on such a renowned stage.”

The Triangle Rising Star Awards event on June 2 will be hosted by ABC 11’s Elaina Athans. The 20 finalists will be featured in two group performances, as well as a medley of individual performances where each student will showcase their own solos. Along with the Best Actor and Best Actress awards, accolades will also be given for Best Musical and Best Ensemble. From the participating schools, four finalists have already been chosen for Best Musical and Best Ensemble:

The Best Actor and Best Actress will be selected and invited to attend the National High School Musical Theater Awards in New York City on July 1. This awards show will be the grand finale to a week-long all expense paid trip to New York City where the students will train with real Broadway actors, directors and producers. Their week of coaching, auditions and rehearsals will conclude with each student’s life-long dream at the Minskoff Theatre on Broadway. At which, a panel of judges will choose two students for the coveted Jimmy™ Awards for Best Performance by an Actor and Best Performance by an Actress.

The Triangle Rising Star Awards are in conjunction with The National High School Musical Theater Awards which is a national celebration of outstanding student achievement in high school musical theater. Established by Nederlander Alliances and Pittsburgh CLO, the program recognizes individual artistry in vocal, dance, and acting performance, as well as honors teachers and their schools’ commitment to excellence in performing arts education.