Aladdin at DPAC: A Magic Carpet Ride For All

The movie Aladdin (1992) is an animated Disney classic that has stood the test of time. From Robin Williams’s hilarious yet heartfelt Genie, or Lea Solange's beautiful voice as Jasmine, the movie is a favorite of many. Given its popularity, it only makes sense that it has been adapted to the stage. Aladdin is personally one of my favorite Disney movies, so I was quite wary of possible changes they had made to the show. But after seeing and experiencing the magic this show possesses, I have 100% fallen in love with the Broadway adaptation.

The show follows the movie quite closely, with a few changes here and there. For starters, Aladdin’s trusty monkey, Abu, is replaced by three hilarious human friends, Babkak, Omar, and Kassim. I was dubious that these three new friends would not even come close to the cute Abu, but they have some of the best lines of the whole show, in addition to a couple of amazing songs that make up for the lack of the monkey sidekick. (“Babkak, Omar, Aladdin, Kassim” is probably one of my favorite songs now). Jafar's parrot in the movie, Iago, is humanized, and Jasmine's pet tiger, Rajah, is only mentioned but never seen. But do not fret over the loss of the animals! There is so much more to enjoy. Classic songs like “Arabian Nights”, “Part of Your World”, and “One Jump Ahead” are all still there, along with show-stopping “Friend Like Me”.

The absolute best parts of the show are the choreography and the costumes. The costumes are indescribably beautiful, with jewels so bright they can even be seen glittering in the back of the theatre. The choreography is jaw-dropping. There is constantly something to be watching, and the dance numbers make me want to jump up on stage and join them. I don't want to spoil any more of the show, but you have to see it for yourself to truly understand the magic. Disney’s Aladdin will only be at DPAC until the 26th, so get your tickets now! 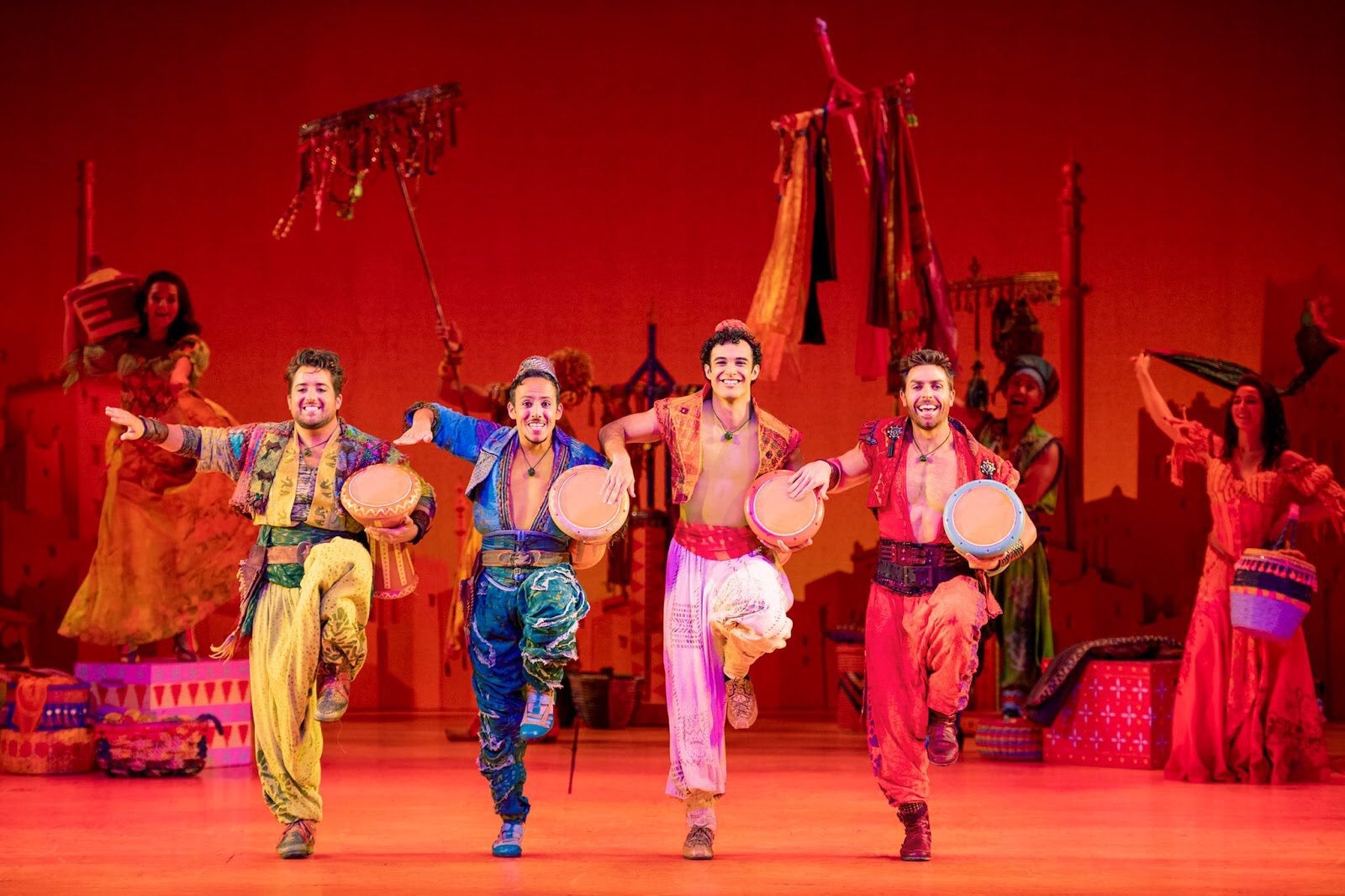