My name is Franklin Kennedy, and I am a DPAC Performing Arts Ambassador this season. To kick off the year, all of the ambassadors were invited to see Disney’s Aladdin, followed by a backstage tour of the set. Before the show, I volunteered as a program distributor in the lobby. One of the other volunteers I worked with really inspired me because whenever any children came, she bent down and offered them a program, all while keeping the biggest, warmest smile on her face. This really touched me, as this is one of the many things that makes DPAC so special.

All throughout the show, I was completely blown away by all of the vocals, choreography, and special effects. And on top of this, the show was hilarious! By the time the second act ended, I was sad because such a phenomenal show was about to be over. But that wasn’t all! After the audience cleared out, Vanessa Coakley, one of Aladdin’s stage managers, gave us an in-depth backstage tour. She explained to us how certain tech pieces work (the magic carpet is a Disney secret), showed us costumes, and told us a little bit of what being on tour was like!

I am so grateful for the opportunity to have been able to see such a fantastic performance, and I am looking forward to what the rest of the year has to offer! 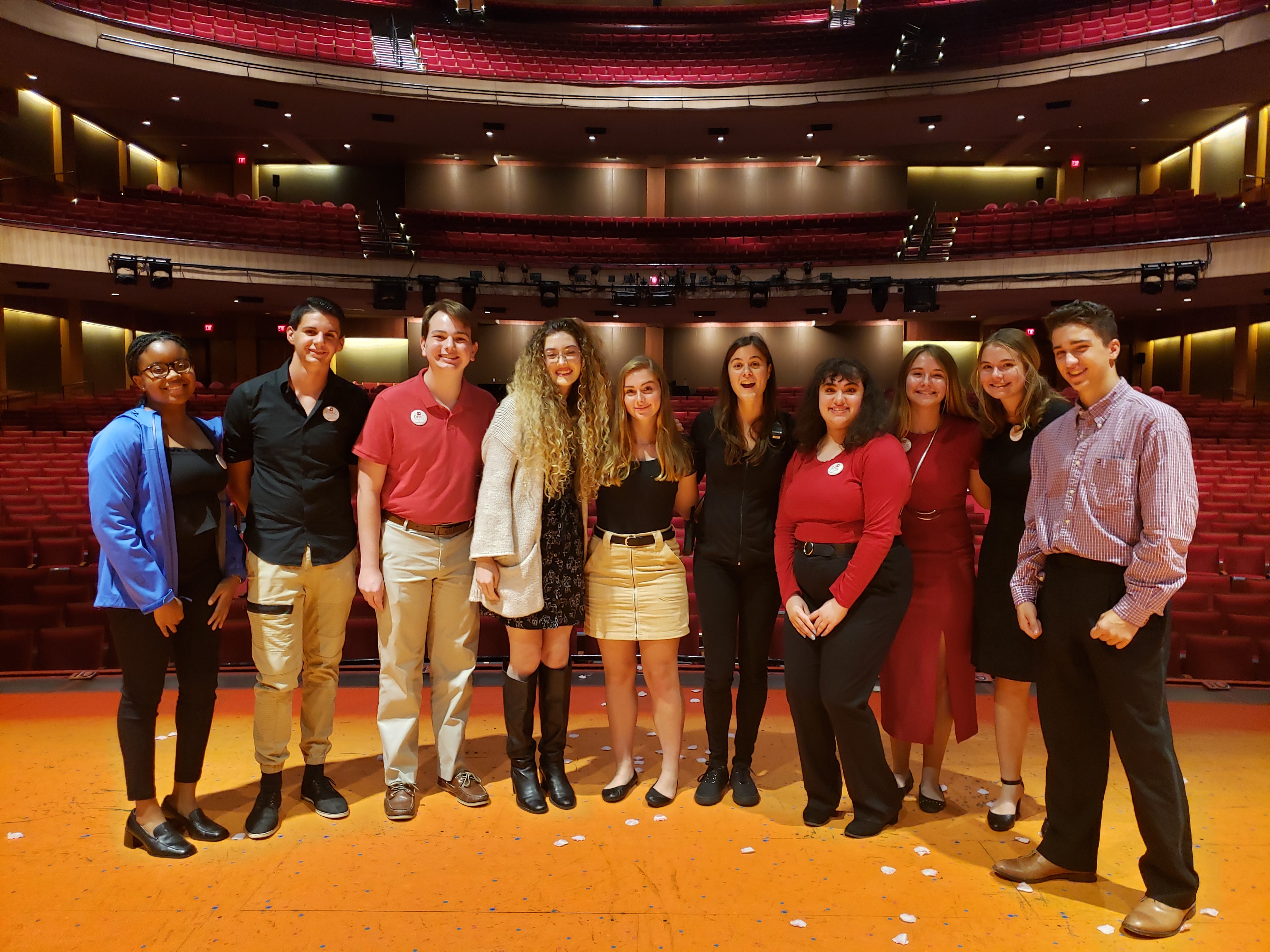