Richard and Bella’s take on Ain’t Too Proud

By: Richard Li and Isabella Nesbeth

Recently, Richard and Bella got the opportunity to see the National Tour of Aint Too Proud at DPAC. The show tells the story of The Temptations using their 9-time Grammy nominated songs. It’s no wonder that the show received a Tony for best choreography, Sergio Trujillo’s ability to combine 60’s Motown moves with traditional Broadway-style dance in order to tell the story of The Temptations was incredible to see live. You can see more of his choreography in Jersey Boys, which will be at DPAC later this season. All of the Temptations were serving powerful vocals in all of their songs from My Girl to Aint Too Proud to Beg. Papa Was A Rollin’ Stone was a crowd favorite as it resulted in an audience-wide clap along. Paul Tazewell’s incredible costumes kept the Temptations looking sharp throughout the show. You can see more of his work in Hamilton, which will be at DPAC this season, and in Spielberg’s West Side Story, which is in theaters now! 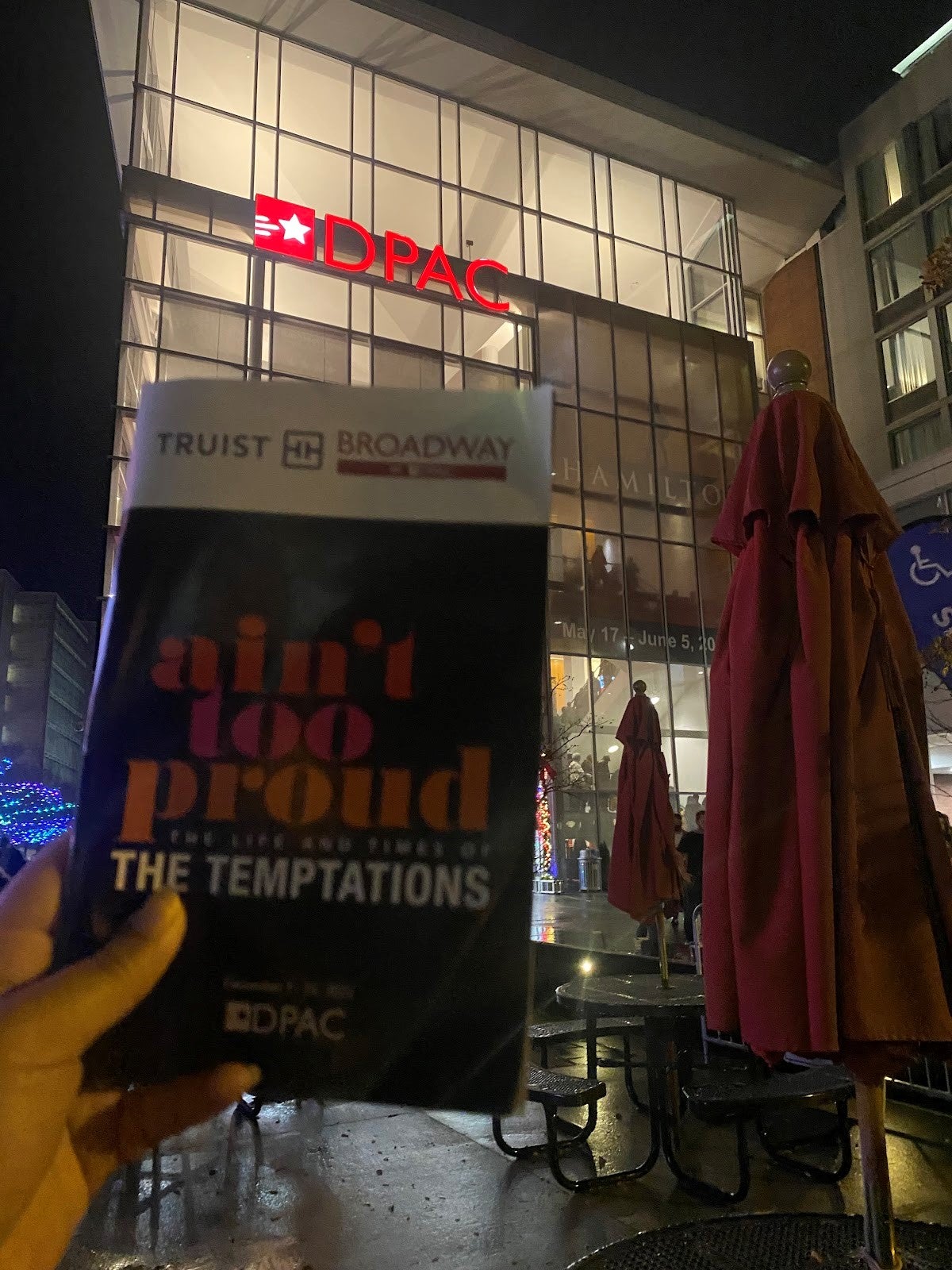