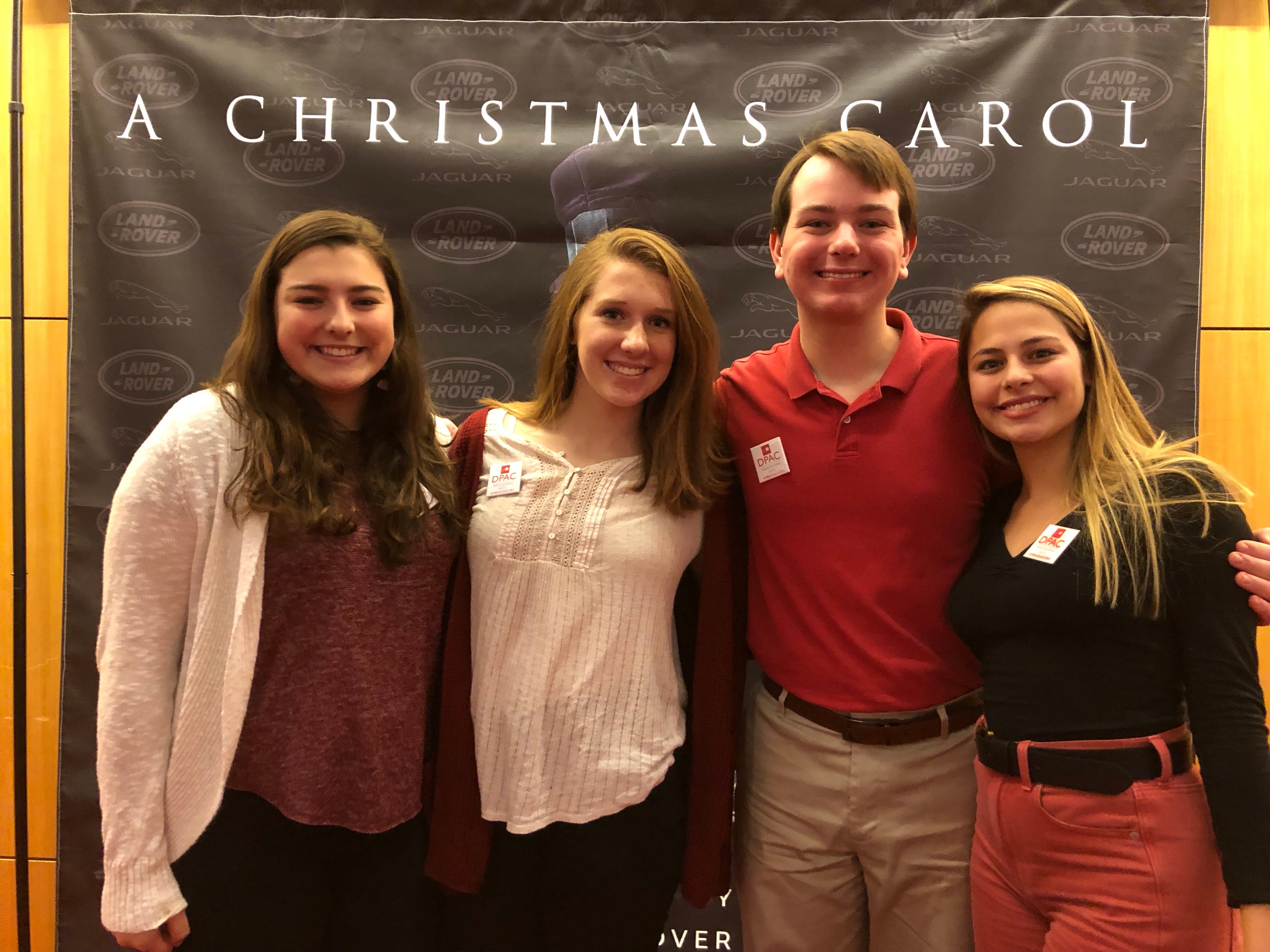 I thought opening night for A Christmas Carol was a huge success. When the theater lights dimmed, you were immediately washed over by the Christmas spirit. They had these huge lights dancing across the wall of ornaments. Watching those as the orchestra started playing was a magical moment.

The cast was superb. They did an excellent job interacting with the audience. At one point, they even brought a kid up onto the stage and had her help with a magic trick as a part of the show. The Scrooge was HILARIOUS. He incorporated the modern world in with the show exceptionally. Mentioning everything form Durham and Chapel Hill, to politics, and Broadway's own Hamilton. I was very impressed. My favorite part was when he dressed up like Elvis, but I won't say too much on that, I wouldn't want to spoil too much.

It was such a good production, the kids and the entire cast were very professional and danced and sung very well. Overall, I think no one stepped out of the DPAC saying, "BAH HUMBUG."

A Christmas Carol was an amazing show. I was so impressed by the performance of the cast all throughout the show. They were all so prepared and excited to be up on that stage in front of everyone. The true spirit of Christmas was shown on their faces when they sang and danced around the stage. I was also in awe with the colorful costumes that the villagers wore and how well put together each scene was. Scrooge was exactly how I would’ve imagined him, even the hair was perfect. I also loved how much the show tailored to current events. The show incorporated jokes that most people would understand, which made it easy to watch and understand. Although it wasn’t a traditional Christmas Carol, it portrayed the same idea of Christmas magic. I believe that the best part of the entire show was when Scrooge called a little girl up on stage and had her help him with a magic trick. Every act engaged the audience in some way in order to make it a fun show to watch. I would definitely recommend A Christmas Carol for anyone who wants to get into the Christmas spirit and see an amazing show.

Going to A Christmas Carol at DPAC was an amazing experience! I thoroughly enjoyed the shows, especially the singing aspects. Having just performed in my school’s production of the play, I liked seeing how our shows differed. Ira David Wood III, as always, did a fantastic job, adding comedy and modern satire to a musical set in the 1800’s.

As soon as I stepped in the theater, I was overwhelmed by the Christmas spirit. The theater was fully decorated, and carols were playing over the loudspeaker. As the house lights went down, Christmas-shaped lights appeared on the walls along with boughs of holly and mistletoe. After this show, no one can say that they weren’t jolly and full of Christmas spirit!