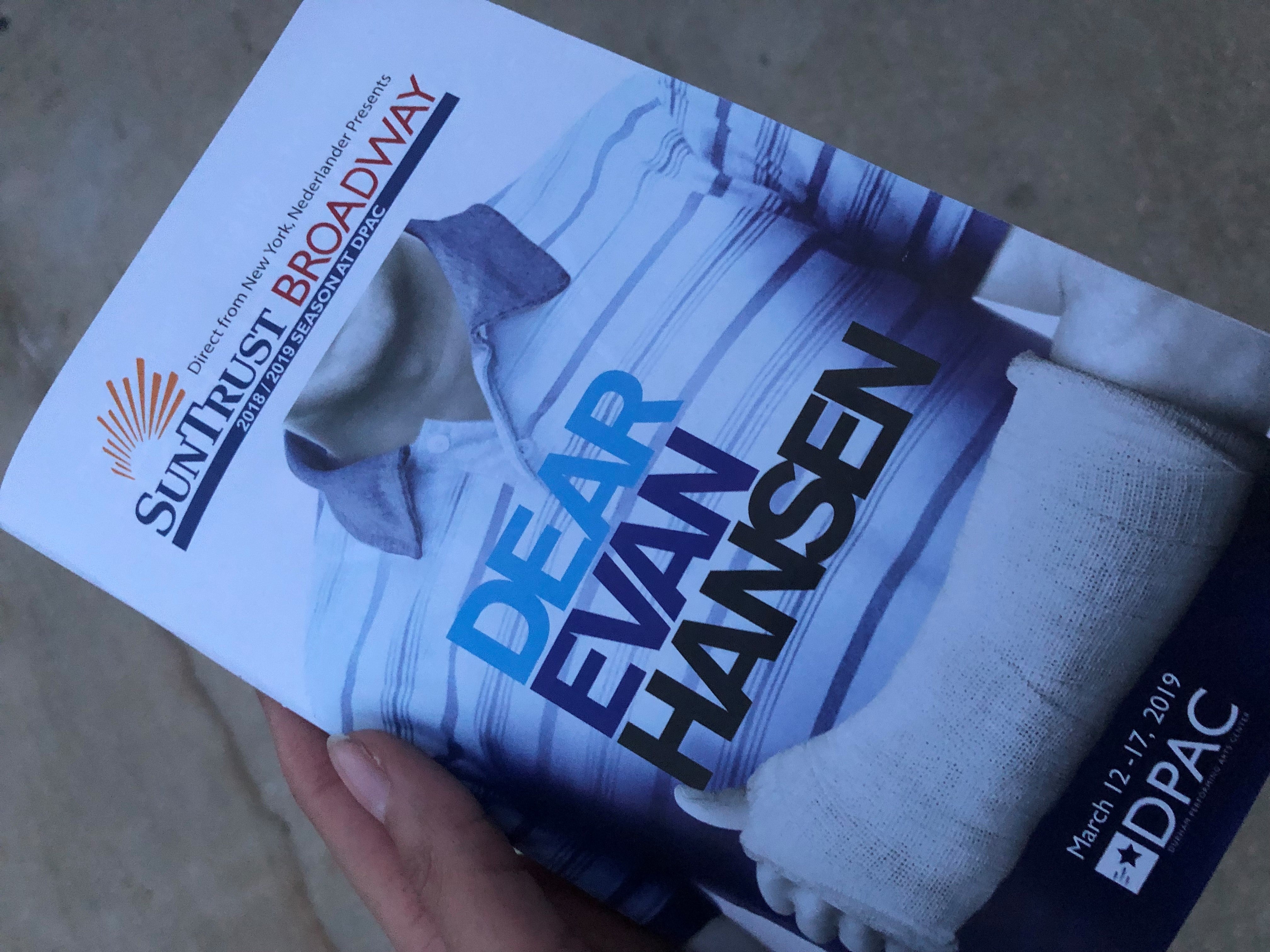 Dear Evan Hansen was an edgy yet relatable show, especially for the youth of today. The show was so innovate in presenting such an original story that in a way the audience feels as though they have lived at least one aspect of the story. With the use of projections and technological references, youthful audience members were easily drawn to the story and found a way to connect instantly. Initially, hearing the topics that were being covered in such a natural and realistic tone, I wondered how older audience members would react to the boldness of the show. I was delighted to hear the laughter of audience members of all ages, while touched to see tears come from many members too. The reactions of the audience were a perfect reflection of the authenticity and truth shown on stage.

From the first scene of the show, I was able to see myself and some of my own thoughts reflected in these characters on stage. This show helped to prove that none of our thoughts or experiences only happen to us; many things we think are personal are universal. The reality of how we interact with people and how that has changed through the implementation of technology was also an important underlying theme that was present during the show. With the character of Evan Hansen, the audience was able to see a common battle between optimism and pessimism in our everyday lives. Even through the ups and downs of the show, nothing seemed staged. There was such a strong sense of vulnerability that was clear in the atmosphere. This allowed the audience to develop a personal connection to the show. The story may initially seem dramatic, but I soon came to realize that the concept was not so far fetched. The characters portrayed a story showing how all actions have repercussions which we have to take ownership of and live with. And in dealing with life’s battles, you have to find yourself in your truth. Evan Hansen showed it himself that the truth can be elusive, but once you discover and accept it, the truth is liberating.

Dear Evan Hansen definitely pushed comfort levels and expectations but it exposed the audience to true forms of life that we don’t often see portrayed on stage. This show is a must see for anyone who wants to experience a rollercoaster of emotions following a comedic yet dramatic story of living and learning.