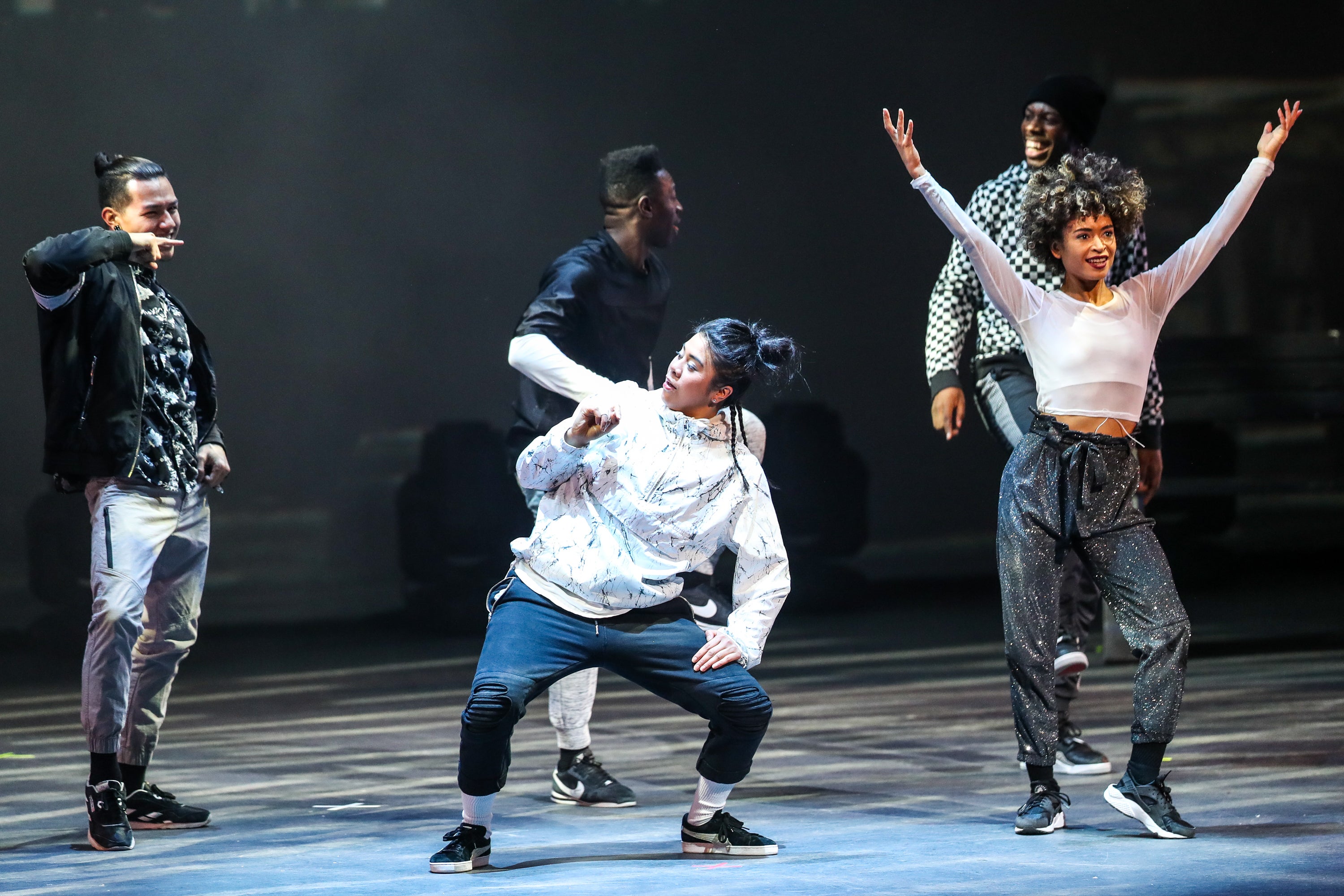 The Hip Hop Nutcracker was beyond impressive. The stamina that the characters had was amazing. One of my favorite parts of the show was the storytelling done by the characters. It was interesting to hear the traditional nutcracker music while watching a style of dance many would assume would never connect. The characters possessed a great ability to use their body language to tell such a beautiful story. I would also love to commend the costume designer because the clothing choice made the story seem so much more real rather than staged. The connection was so strong between the characters that I was completely engulfed in the story and what would happen to these people at the end. There was also a great use of lighting and projection. There was no need for a large set because the lighting transitions and the projections took the audience to all the various places in the story. It was amazing to see the timing of the characters, the projection, and the lighting work so well together. They even had snow falling on stage to make the story seem that much more real. It was the characters that initially drew me in, but the story, the lighting, the projection, and the realistic effect of the show that kept my attention. I’m beyond grateful to have seen such a magnificent production put on by such talented artists. I would highly recommend the Hip Hop Nutcracker to anyone who is looking for laughs and a beautiful love story.

The performance of The Hip-Hop Nutcracker gave me a new appreciation for old school hip-hop. The MC was amazing and knew how to engage the crowd, which laid the foundation for the fantastic show that followed. The Hip Hop Nutcracker is filled with amazing choreography that turns heads-literally! The chemistry between dancers made the experience even more enjoyable! It was exciting to see a hip hop twist on the popular ballet. With finals and the end of the semester, it was good to let loose, let my hair down, and enjoy the show.