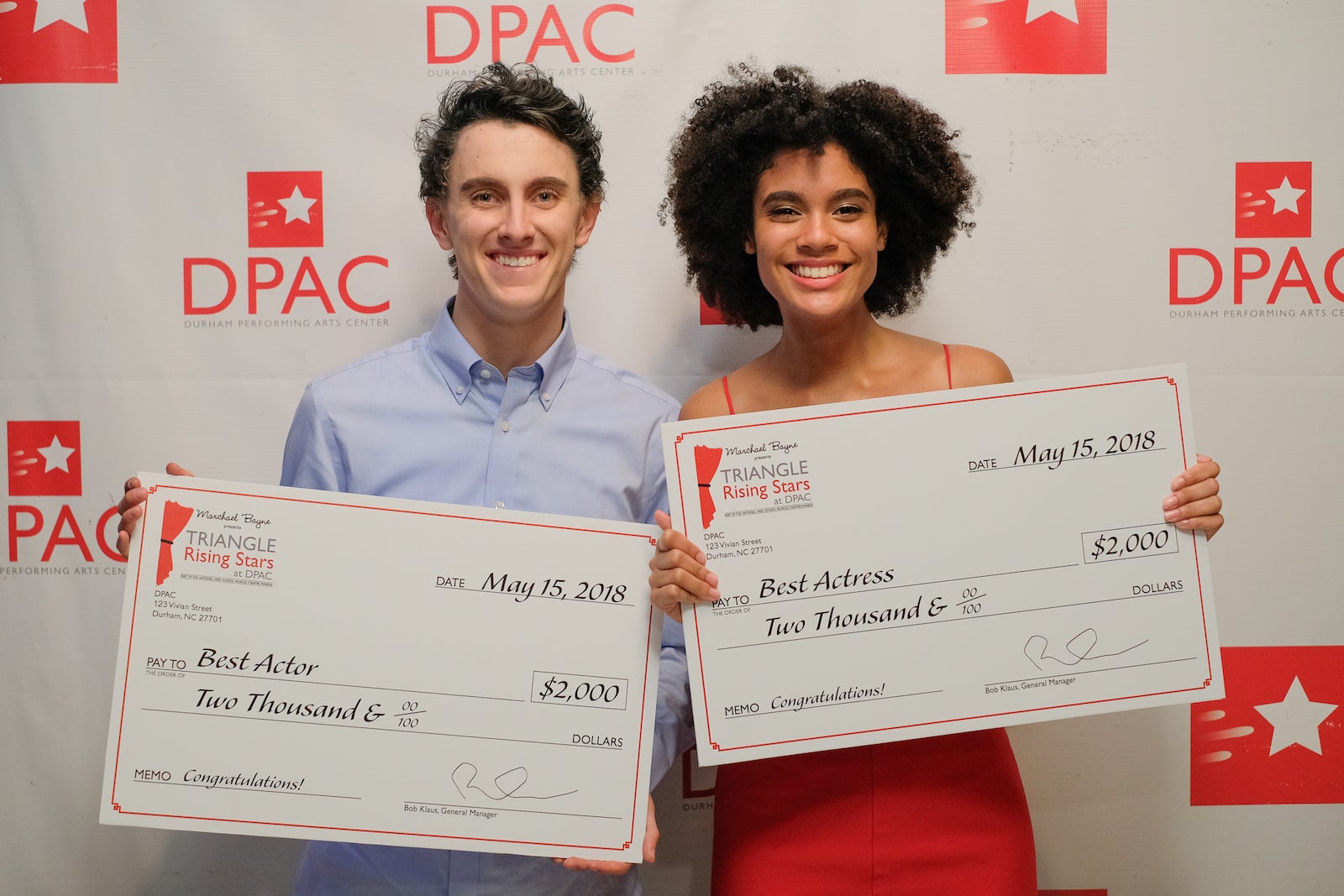 Along with Marchael Bayne, Theatre in the Park, and ABC 11, DPAC hosted this year’s Triangle Rising Stars Awards onstage on Tuesday evening, May 15.  The Triangle Rising Star Awards (TRS) is a program that brings together area high school musical theater students to perform together and compete against one another for educational scholarships. Last year’s winners, Kaylee Terrell and Nicholas Kraft, presented the awards for Best Actress and Best Actor, while awards were also given for Best Ensemble and Best Musical.

Directed by David Henderson and choreographed by Freddie-Lee Heath, nearly 1,300 patrons witnessed the 20 finalists open with “Magic to Do” (Pippin). Brian Westbrook, Music Director and Arranger, led a full band to accompany the student performances. In a Broadway medley, each student had their own chance to shine in solo performances from their individual high school musicals. Two additional group numbers were added this year, with the female finalists taking the stage to sing “Cell Block Tango” (Chicago), followed by the male finalists performing “Jet Song” (West Side Story). After awards were presented, the entire cast of finalists closed out the evening with a moving rendition of “You Will Be Found” (Dear Evan Hansen).

The Best Actor and Best Actress were awarded on Tuesday night after the audition process began this past fall. Representatives from DPAC,  ABC 11, along with 15 other judges attended high school musicals from area counties, including: Alamance, Chatham, Durham, Johnston, Orange and Wake Counties. Over 100 applicants auditioned for the program, which was narrowed down to 20 finalists, including 10 women and 10 men.

The Triangle Rising Stars Awards is a member of The National High School Musical Theater Awards (NHSMTA), a national program that unites high school musical theater awards programs from across the country under one roof. The two student winners are provided with $2,000 academic scholarships along with an invitation to represent TRS in an all-expense paid trip to the National High School Musical Theater Awards in New York City for one week, June 18 – June 26, 2018. The students will train with professional Broadway actors, directors and producers. Their week of coaching, auditions and rehearsals will conclude with each student’s life-long dream at the Minskoff Theatre on Broadway. At which, a panel of judges will choose two students for the coveted Jimmy™ Awards for Best Performance by an Actor and Best Performance by an Actress.

Honorable mentions were also given to schools that had standout productions in areas of scenic design, orchestra, costume design and choreography:

For special recognition in Outstanding Choreography: