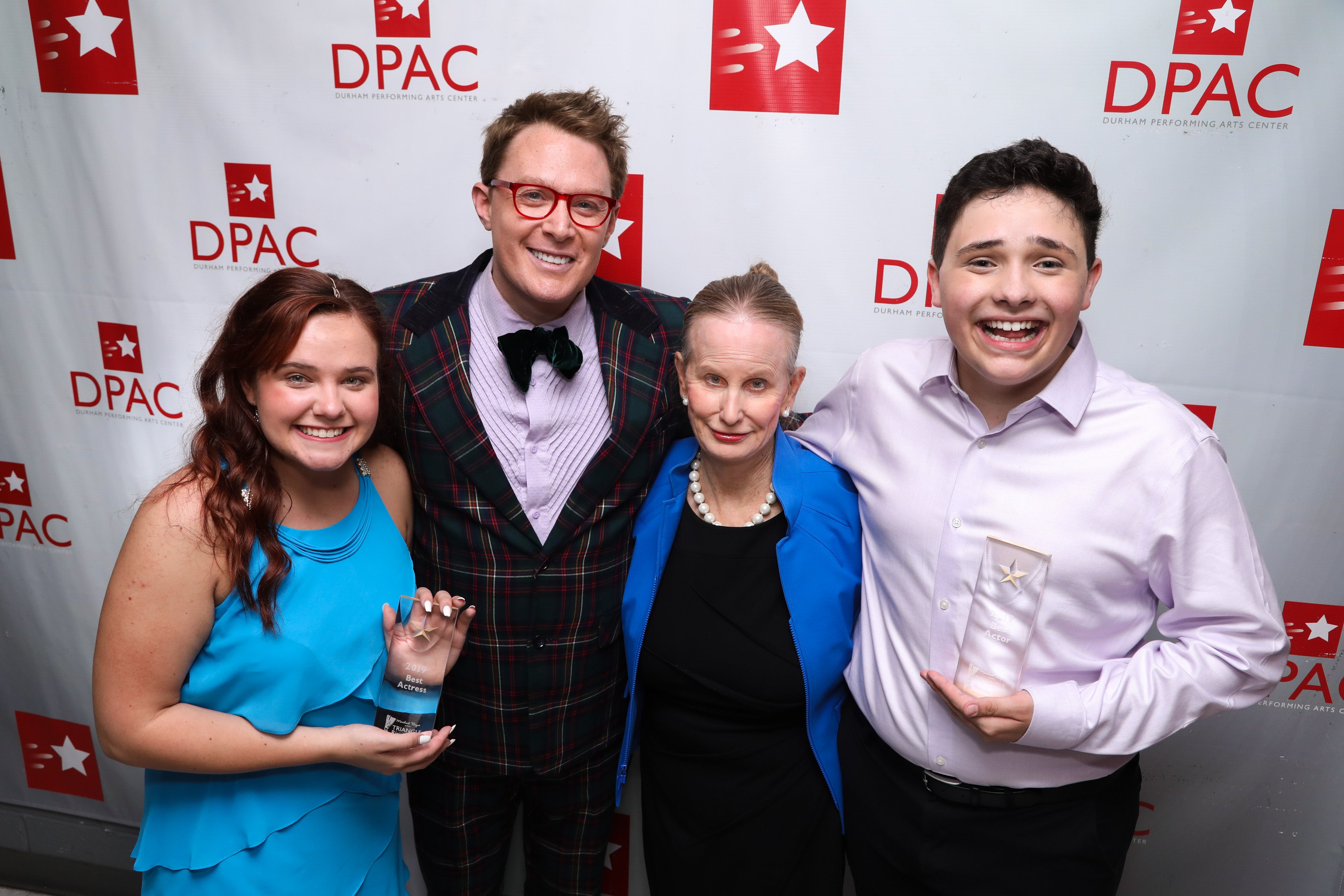 DPAC, Marchael Bayne, Theatre in the Park, the Durham Arts Council, and ABC 11 presented the ninth annual Triangle Rising Stars Showcase and Awards on Thursday evening, May 16.  The Triangle Rising Stars Showcase and Awards brings together area high school musical theater students to perform together and compete for educational scholarships.  This year the event was hosted by Clay Aiken and live adjudicated by Broadway veterans and experts including: Ray Walker, Katie Lynch and Dirk Lumbard. Last year’s winners, Mya Ison and Sterling Jones presented the awards for Best Actress and Best Actor and awards were also given for Best Ensemble and Best Musical.

The two nominees selected as Triangle Rising Stars’ Best Actor and Actress went on to compete on a national level among 88 other nominees from across the country. The National High School Musical Theater Awards (Jimmy Awards) culminated in a live show and awards ceremony at The Minskoff Theater on Broadway where Disney’s The Lion King performs year round.

A Special Thanks To Our Sponsors